Spain has bull fighting and Ole.  Alberta has rodeo and YeeHaa!

YeeHaa! is fruity, has a soft sweetness with a well balanced acidity and a lingering sense of apples, berries and cinnamon.  It is the ultimate Alberta summer drink.  YeeHaa! is crafted from Spirit Hills honey, black currants, saskatoons, apples and a touch of cinnamon.  It is young, hip, seductive and playful and brings out the true Alberta spirit that leads us to shout out: Yeehaa!

YeeHaa! pairs great with rodeo, Stampede, BBQ and any party. 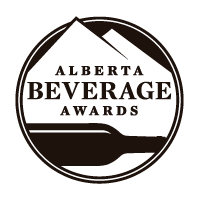 The adventure of serving YeeHaa!

Loaded: YeeHaa! on the rocks – fill the glass full of ice and pour YeeHaa! over it.

Summer: two parts YeeHaa!, one part Soda Water and a splash of orange or cranberry – add some ice.

Double Barreled: four ounces of YeeHaa! to 1/2 ounce of amber rum, on the rocks.

YeeHaa! Mexico: 4 parts of YeeHaa! plus one part of orange juice, on the rocks.